Skip to content
Press Enter / Return to begin your search.

It’s been two months since my first (and only!) post on this project and I’ve done around 70 hours of work on these outfits since then. The great irony of blogging seems to be that the more you have to write about the less time you have to actually write, which is a bit of a shame. But I’m hoping to make some more time for good habits in the future!

The wedding was two weeks ago now and it was an absolute stunner ♥ The bride was gorgeous, the venue was complete perfection and a good time was had all round. Not least by myself and my little group of COS colleagues old and new. This is the first time I’ve actually been to a wedding which I’ve made something for and it was so nerve wracking! As we waited in the church for the kick-off I think I was more jittery than the groom. I did score not one but two mentions in the speeches at the reception though, so I’m going to consider that well worth it.

When we left this story I had fitted a toile on maid of honour Sacha, we’d finally acquired some fabric, and I was moving ahead to make up the first outfit for real. Once I’d made the shell up for both top and skirt Sach came round for a final fitting and everything was looking lovely! 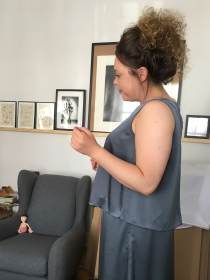 So now one was more or less done I could start the others! I made a separate pattern for each, based on the body measurements they’d taken themselves, and given that each one could only come for one fitting I just had to go for the real thing and hope for the best. 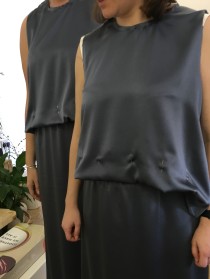 Luckily there weren’t many issues to fix! Aside from two waistbands to take in, and one which needed less seam allowance taking on the armhole to make a wider shoulder, it was just a case of moving on to hems and finishes.

The hems were a bit of a sticking point. I’d assumed that hand-stitching a generous hem would be the best choice, becuase that’s probably the most exensive choice. But having done one that just wasn’t the way to go. The curve on the front panel of the top was too extreme, there was too much excess to ease in, plus the heavy band looked like such a visible stripe in this satin.

So I backtracked and went for a teeny pin hem instead. And I was much hapier with that 🙂 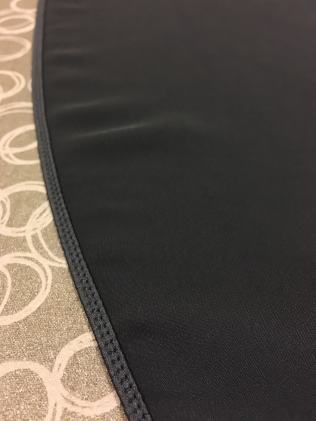 I had covered buttons made by Harlequin. The service was super easy, if anyone’s in the market for this kind of thing I’d thoroughly recommend them. I just sent some fabric over to their address in Essex and miraculously received these perfect little gems of buttons back in return. (It was definitely the right call not to go with the DIY kits on these, I had toyed with the idea but at the end of the day there’s no way I could’ve achieved this kind of finish by myself!)

The buttons and loops took a looooooong time though! (Thanks mum 🙂 ) 60 is a lot of buttons, I guess I’d underestimated there. I think they look great though. It’s unfortunate that in the silk satin they can look a little bulky and cause some lumpy bumpiness, I think I could’ve fused the outer a little bit here to stiffen it up, maybe even changed the construction a bit too. I’d like to do a bit more work on this in the winter, create some mock-ups and see what I can learn.

In general, every day’s been a school day on this project! I’ve learnt a whole heap of things. So for my own future reference here’s my list of Big Learnings:

I didn’t take many photos at the wedding, I was too busy trying to stand up in heels while consuming vast amounts of wine. But here are my least out of focus offerings, believe it or not! And I’ll be adding the photographers shots as soon a I have them… 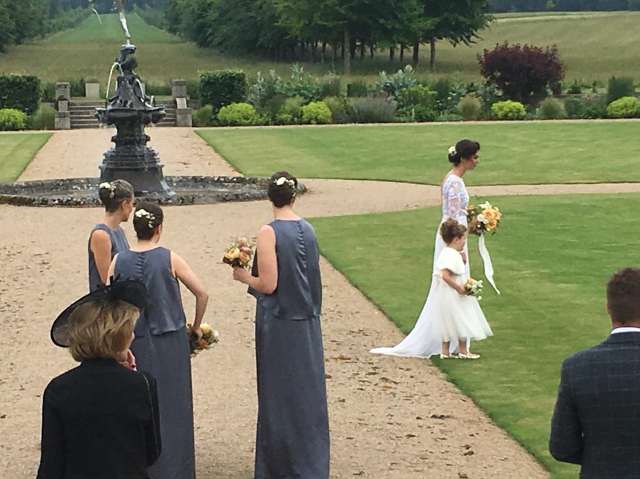 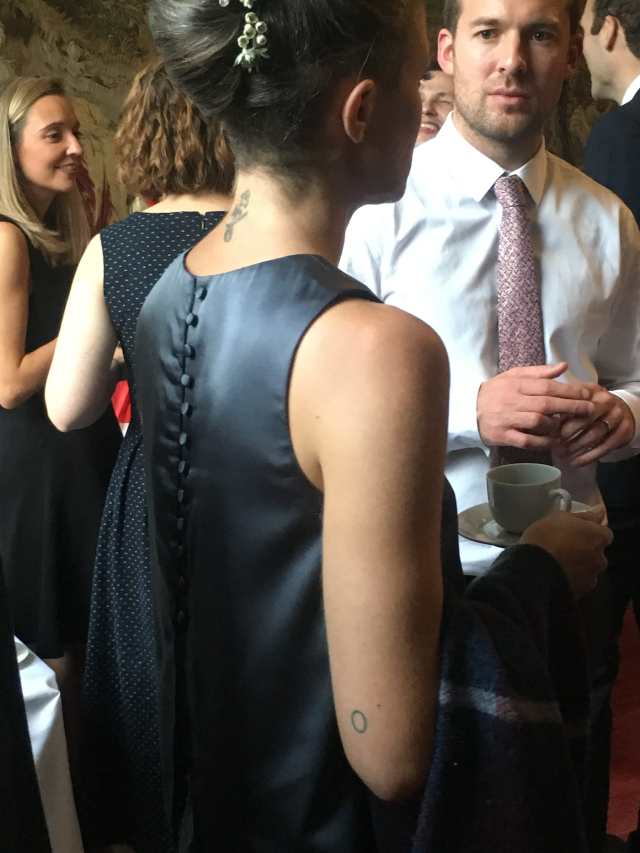